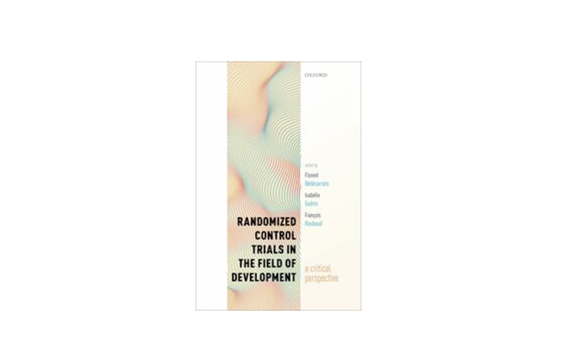 JOIN US FOR A UNIQUE INTERACTION!

You will receive the link for the Zoom webinar.

It is the pleasure of the International Development Evaluation Association (IDEAS) to invite you to the launch of the eagerly awaited book.

Randomized Control Trials in the Field of Development: A Critical Perspective 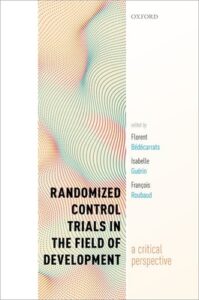 In October 2019 the 51st Sveriges Riksbank Prize in Economic Sciences in Memory of Alfred Nobel was awarded to three of the main proponents of Randomized Control Trials (RCTs). Yet there is reason to question the validity and repercussions of the elevation of this design to the so-called “gold standard” for impact evaluation. Have RCTs really “dramatically improved our ability to fight poverty in practice”? Which sorts of questions are they able to address and which do they fail to answer? Is causal explanation the only way to understand poverty, and do RCTs systematically manage to provide causal explanations? Are RCTs really a gold standard? What are the dangers in their misuse? Is the supremacy of experimentation in development economics, as commended by the Nobel jury, scientifically legitimate and politically desirable?

Bringing together 26 leading specialists in the field (including two Nobel Prize winning economists) from a range of backgrounds and disciplines (economics, econometrics, mathematics, statistics, political economy, socioeconomics, anthropology, philosophy, global health, epidemiology, and medicine), this authoritative book presents a full and coherent picture of the main strengths and weaknesses of RCTs in the field of development – how they work, what they can achieve, why they sometimes fail, how they can be improved, and why other methods are both useful and necessary.

The book is available here.

About editors and authors:

Author James Heckman Professor of Economics and Director of the Center for the Economics of Human Development, University of Chicago; Nobel Prize in Economics

James J. Heckman is the Henry Schultz Distinguished Service Professor of Economics and Public Policy at the University of Chicago. He works to understand the origins of inequality, and skill formation, and develops and applies strategies for addressing these issues. Heckman has published over 300 articles and 9 books. Heckman received the Nobel Prize in Economics, the Dan David Prize, and the Chinese Government Friendship Award, among other recognitions. He is Director of the Center for the Economics of Human Development at the University of Chicago. The center investigates the sources of poverty and social immobility and policies to improve human flourishing.

Ariane Szafarz is a full professor at the Université Libre de Bruxelles, Belgium, and a co- director of the Centre for European Research in Microfinance (CERMi). Ariane holds a PhD in Mathematics and an MA in Philosophy. Her research topics include social finance and (gender and intersectional) discrimination in the credit market. Ariane chairs the Marie-Christine Adam Fund. She is currently a visiting scholar at the New York University Wagner Graduate School of Public Service. Ariane received two times (in 2016 and 2019) the Warren Samuels Prize awarded by the Association for Social Economics. Recently, she co-edited the monograph “A Research Agenda for Financial Inclusion and Microfinance,” and published scholarly articles about mission drift, social banks, and the regulation of prosocial lending.

Lant Pritchett is a development economist from Idaho. He graduated from BYU in 1983 and from MIT with a PhD in Economics in 1988. He worked with the World Bank from 1988 to 2007, living in Indonesia 1998-2000 and India 2004-2007. He taught at the Harvard Kennedy School from 2000 to 2018 (on leave from 2004-2007, 2012-13, 2018-2019) where he was, at times, the Faculty Chair of the MPA/ID Degree program. He has published over a hundred books, journal articles, working papers with over fifty different co-authors and has over 38,000 citations on development topics from education to economic growth to state capability to labor mobility (and more). He is currently affiliated with Oxford’s Blavatnik School of Government.

Isabelle Guérin, PhD, is a socioeconomist, Senior Research Fellow at the French Institute of Research for Sustainable Development (IRD), Associate at the French Institute of Pondicherry. She specializes in the political and moral economics of money, debt and finance. Her current work focuses on the financialisation of domestic economies, looking at how financialisation produces new forms of inequalities and domination, but also alternative and solidarity-based initiatives. Her work draws most often from her own field-based original data, combines ethnography and statistical analyses and is interdisciplinary and comparative in nature. Her work also includes a permanent thinking about the conditions of data production and the combination of methods.

François Roubaud, PhD, is an economist and statistician, a senior research fellow at the French Institute of Research for Sustainable Development (IRD), a member of the DIAL research unit in Paris and former head (2000-2004). He holds a PhD in Economics and is a graduate of the Paris Graduate School of Economics, Statistics and Finance (ENSAE). In statistics, he initiated the mixed surveys approach (household-enterprise) to measure the informal economy, in particular the 1-2-3 survey, and developed the governance modules grafted on official household surveys now used to monitor SDG16. Both are recognized as international standards and implemented in dozens of LDCs (in Africa, Latin America and Asia). In development economics, his main fields of expertise are labour market and informal economy, corruption, governance and institutions, and evaluation and political economic of development policies.

About the webinar moderator:

Zenda Ofir is an independent evaluation specialist from South Africa, at present based near Geneva. With a PhD in (Ecological) Chemistry, she was a senior manager in a national science council and the Director of Research at the University of Pretoria in South Africa before turning to evaluation. She has worked across the world from local to global level in more than 40 countries and in many different fields at the intersection of evaluation, science and development. She has a special interest in South-South cooperation and in evaluation in support of urgently needed large scale transformations. She is a former President of the African Evaluation Association (AfrEA), former Vice-President of the International Organisation for Cooperation in Evaluation (IOCE) and former Board Member of the American Evaluation Association (AEA). At present she is Vice-President of IDEAS, Honorary Professor at Stellenbosch University in South Africa, a Lead Steward in the SDG Transformations Forum, and a Richard von Weizsäcker Fellow at the Robert Bosch Academy in Berlin. She serves on the editorial boards of several journals and is a widely read blogger on evaluation for development.